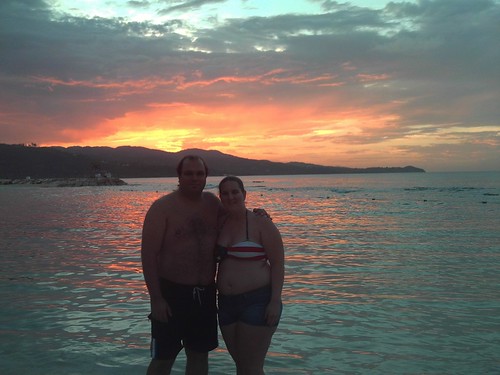 As always, we sent out a Christmas Letter in our annual Christmas Cards. For those of you that we either forgot, or just don’t have an address for. Here is a copy of it (pdf)

It is hard to believe that another year has gone by! We write this letter on the last day of our vacation as we sit on the beautiful sunny beach in Jamaica and sip a rum punch. We have had a lot of fun and crossed many things off of our bucket list, like snorkeling, climbing and swimming in a waterfall, visiting and sampling a rum distillery, and eating wonderful food like jerk chicken, akee and salt fish, and caviar. While we have been in Jamaica it has snowed over 5 inches back home and we have a rude awakening awaiting us!

In other exciting news Jess has been promoted to Quality Manager at Caremoli. In this new role she will take over her former supervisor’s position after her supervisor moved on to other opportunities. Andy continues his position as a software developer at DuPont Pioneer in the Soybean Field Research Information Management Department. Both of us are looking forward to another productive and fruitful year.

We have both been busy in our organizations. This year Andy was re-elected as newsletter co- editor and Jessica was elected as treasurer for the Alumni Band board. Andy continues his Vice Presidency for the Central Iowa Linux Users Group as well as serving as the Secretary of our Church Council. Finally Jess continues to be active with the local alumnus chapter of ASK.

Jess also continues to be quite the baker and competed for yet another year in the Iowa State Fair food department where she won a personal best 11 ribbons. Including first in white and chocolate cake and peanut butter blossoms. She also participated in two distance races, the Dam to Dam that was almost a half marathon and the Des Moines Half marathon as well as numerous 5 and 10K races

We hope that this past year has also been productive and fruitful for you also, and we are looking forward to the challenges and accomplishments of next year.

Truly yours,
Andy and Jessica Denner 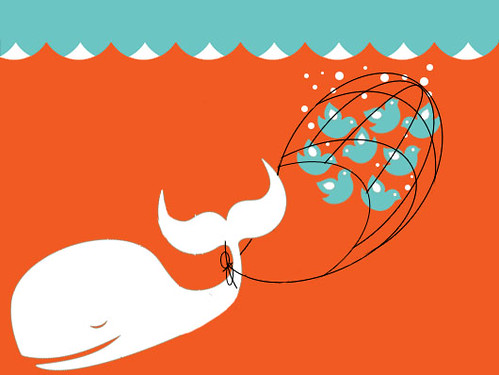 My twitterbot is back on line after a long vacation (ok so twitter tweaked their API and for a while they were ignoring my posts) It turns out I needed to add “apiurl => ‘http://api.twitter.com/1.1’,” to my connection information and all was back to working again.

The issue was that Net::Twitter::Lite was using the old twitter API that has been retired. Instead of posting to your twitter account the error 410: Gone was all that was returned.

What is fortune you may ask?  As Wikipedia says “Fortune is a simple program that displays a pseudorandom message from a database of quotations that first appeared in Version 7 Unix.” An example of this is “Beware of a dark-haired man with a loud tie.” The other magic glue that is used here is Perl (a useful scripting language), Net::Twitter::Lite (a light weight twitter api because I am lazy) and Crontab to (periodically run the script and post my wisdom to twitter).  Thanks also to the perl monks for their wisdom in how to solve the error message 410:Gone