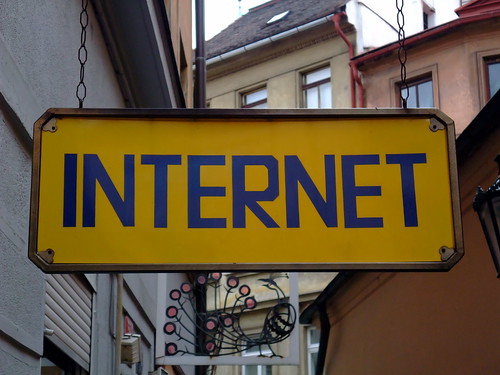 With today being the “Save the internet day” (again), The following is a letter I sent to my congressional delegation:

Dear Sir:
I am writing out of concern and support for the FCC’s Open Internet Rules, a.k.a. Net Neutrality. As a Senior Software developer at a large Agricultural Company, owner of my own small Web Development business and the president of the Central Iowa Linux User’s Group I feel that this is an area that I am well acquainted with and would be more than happy to speak further with you or your staff in detail about.
I don’t want ISPs to have the power to block websites, slow them down, give some sites advantage over others, or split the Internet into “fast lanes” for companies that pay and “slow lanes” for the rest.
The current Internet environment that we all have enjoyed has developed and thrived because those above ideas have been prevented due to FCC regulations as well as a spirit of sharing and equality on the Internet.
Censorship by ISPs is a serious and looming problem, however. Comcast has throttled Netflix, AT&T has blocked facetime, Time Warner Cable has throttled the game League of Legends, and Verizon admitted that it will create fast lanes for sites that pay (and slow lanes for everyone else) if the FCC lifts the rules. These practices hurt consumers and businesses large and small especially in Rural and small communities as they often have fewer ISP choices to begin with.
Courts have made it clear that if the FCC ends Title II classification, the FCC must let ISP’s offer “fast lane” access to websites for a fee and Charman Pai has made clear that he intends to do exactly this.
If some companies can pay to make their sites load faster, it will help stifle startups and smaller businesses that can’t pay. This will kill the open market that has enabled millions of small businesses all to just further enrich a few cable giants.
Internet providers will be able to impose a private tax on every sector of the American economy.
Furthermore, under Chairman Pai’s plan ISPs will be able to make it more difficult to access political speech that they don’t like. They’ll be able to charge fees for website delivery that will make it harder for blogs, non-profits, artists, and others who can’t pay up to have their voices heard.
I am sending versions of this letter to the FCC’s open proceeding, but I am concerned that Chairman Pai (a former Verizon lawyer) has already made his plans and will ignore the concerns of myself and millions of other Americans. Therefore I urge you and the rest of the Iowa Delegation to publically support net neutrality based on Title II and denounce Chairman Pai’s plans.
Respectfully yours,