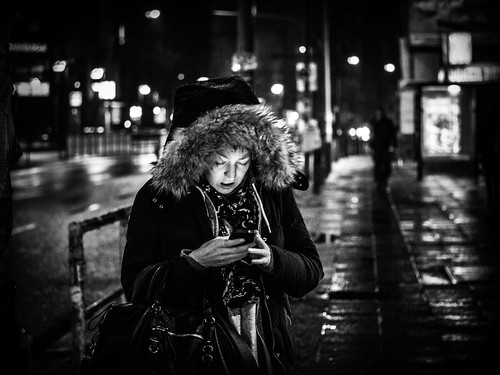 Since both Jess and I had Straight Talk cell phone service (a low cost MVNO partnership between Telemovil and Walmart) data and talk coverage was not going to extend beyond the US border. In order to save the time and trouble of finding a sim card in country as well as having to figure out settings and language barrier issues we got two 3UK sim cards that were prepaid. They ended up costing us about $50 for a British cell phone number with unlimited calls in the UK (we didn’t use this part of the plan) as well as unlimited data. To make sure we would have enough cash on the phone to make emergency texts and calls I also made sure to load about 10 pounds on the phone as reserve. The sim cards arrived quickly (actually they were shipped from Australia) and it was only a minor hassle to install them in our iphones. Pro tip for later, pack a paperclip to open the sim card slot. Because of the unlimited data we were able to use google hangouts to make free US calls. (This was especially helpful calling American express’ concierge to help set up details) We also tried to use google voice to call European numbers for cheaper however the connection was terrible with high latency. (Apparently traveling through England to the us via data on 3g HSP+ data and then back to Europe via POTS was just too much.) Thankfully for most of the calls we needed we were able to use the Amex Concierge to call and set up our reservations.

The two big benefit to having data was the use of google maps to figure out public transit (it was great and rarely let us down). The other was being able to fall back to google translate when our language skills failed us.

Data speeds were generally great as most places were 3g HSP+ speeds of about 20mb/s while they weren’t quite LTE speeds they were more than enough for our purposes. It was also rather odd that most of the apartments that we were staying at via air b&b had cellular based Internet with the same 3g HSP+ data that our cell phones were using.

If/When we go back I will now take advantage of Google Project Fi that only charges $10/gb for data and now also uses 3UK and tmobile’s international roaming agreements.